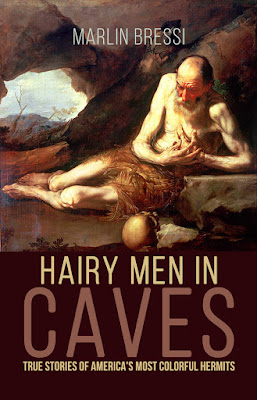 Marlin Bressi is an author and history buff who currently resides in Harrisburg. A native of the Coal Region and graduate of Mount Carmel Area High School (Go Big Red!), he still maintains his childhood enthusiasm for all things strange, weird and unique from around central Pennsylvania.

In 2010 he created Journal of the Bizarre, a website devoted to strange history and the paranormal. His articles have been either featured or cited by some of the leading authorities in the field, such as Coast to Coast AM, Skeptoid, Inquisitr, InfoWars, Before It's News, Daily Mail, and Wikipedia. The following year he created the Pennsylvania Oddities blog, which receives approximately 2.3 million visitors each year.

As a nonfiction writer he has authored four books, the most recent of which are Hairy Men in Caves: True Stories of America's Most Colorful Hermits (Sunbury Press, 2015) and Pennsylvania Oddities (Sunbury Press, 2018). He is also an established fiction writer whose work has appeared in Suspense Magazine, The Storyhouse Weekly Reader, Farther Stars Than These, Gallery of Curiosities, and several other literary magazines and fiction anthologies. He was also the runner-up in the 2016 Milwaukee Paranormal Conference National Horror Fiction Contest.

Marlin is available for guest speaking and guest blogging opportunities, and can be reached via email at zendog64 [at] gmail [dot] com.