Was the Queen of Babylon Buried in Fayette County? 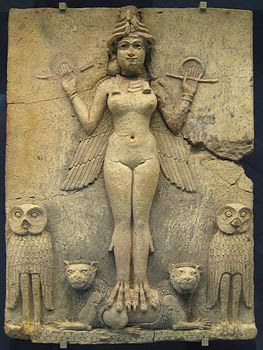 In the summer of 1878, a group of boys from Fayette County made an astounding discovery.  The story, which first appeared in the Brownsville Clipper, was later re-printed in other newspapers.  The following is the article which appeared in the August 7, 1878, edition of the Somerset Herald.

The Brownsville Clipper publishes a remarkable story of the discovery of a mysterious cave, on Dunlap's creek, near that place.  It appears that some boys had been given some powder by a party of sportsmen, who were engaged shooting glass balls on the Fourth of July.  The boys went down to the creek, dug a hole in the bank, and fired a charge of powder in it.  It made a terrific explosion, and after the smoke cleared away, they discovered a large hole in the ground.  The boys had dug down till they came to a micaceous sandstone.  The explosion shattered this stone to pieces which covered up the entrance to a large circular hole extending nearly six feet into the sand rock, at an angle of about forty-five degrees.

At the end of this passage was a rectangular excavation in the solid rock, measuring six feet by nine feet three inches, and four feet eleven inches in height.  The sides of the cave were decorated with figures of birds cut in demirelief.  A human skeleton was found in the cell, which crumbled to pieces a few days after being discovered.  On each wrist, arms and limbs were iron bracelets and anklets, connected with chains and iron bars.  A piece of metal resembling a dog or a wolf lay under the head of the skeleton.

At the foot of the skeleton was found a plate of metal, tightly bound between two strips of wood.  The plate was in a good state of preservation, and was decorated with engravings of birds and dogs, and a chain of hieroglyphics around the edge.

The Clipper says these different articles were placed in the hands of a well known archaeologist for examination.  All the pieces except the bronze plate are so corroded by time that he has as yet been unable to decipher the inscriptions upon them; but very singularly he has been enabled to give what he claims to be a complete translation of the hieroglyphics on the plate.  The gentleman in whose care the articles now are has spent several years in Egypt and the Far East, studying the wonders of the Pyramids and tombs of the Nile, as well as the ruins of Ninevah and Babylon.

The engraving on the edges of the plate is similar to the cuneiform inscriptions found in the tombs of Assyria and Babylon, and being translated, reads thus: "This is the grave of the Mother of the Pee Wees."  This although correct English; is still mysterious, yet the archaeologist who is investigating believes he has struck the beginning of a curious and interesting history.

Important archaeological discovery or newspaper hoaxery?  Unfortunately, we haven't been able to find any further information about this unusual discovery.