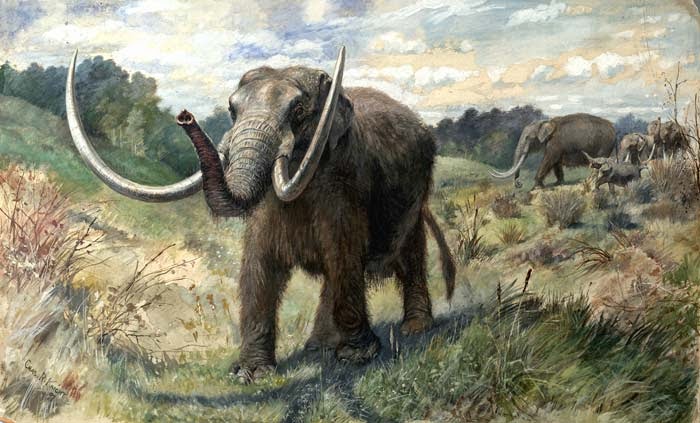 In 1851, an enormous ivory tusk was found near Lewisburg by a man digging a ditch. Here is a newspaper article describing the incredible find, from the May 10, 1851 edition of the Sunbury American:

We learn from the Lewisburg (Union County) Chronicle that, on Sunday last, the ivory tusk of a mastadon [sic] was found in Kelly Township, while digging a ditch. The tusk was ten feet long, moderately curved, nine inches in diameter at one end, and four inches at the other. It was found two feet below the surface, in a layer of clay, which rested on a bed of sand and gravel. A similar relic was found week before last on the farm of Mrs. Whitmore, in Tunkhannock Borough, Wyoming County, while digging the North Branch Canal. It was about ten feet below the surface, in a strata of sand.