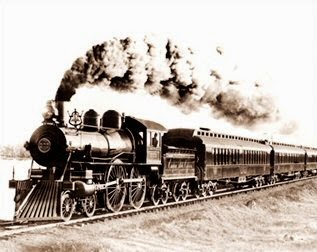 Those of you who have a soft spot for the gory and graphic depictions of accidents which often appeared in the newspapers of yesteryear will be interested in the following story about a train accident which took place in Harrisburg in 1839. Though morbid, it is nonetheless fascinating that news reporting from the 19th century was full of such ghastly details.

One of the most shocking and heart-rending scenes that was ever witnessed in this neighborhood, was presented to the view of our citizens this morning. Our paper had not been worked off, when the news reached our office that an accident had occurred on the rail-road, at the edge of town, causing the death of two individuals. We repaired immediately thither, and such a sight was exhibited as we never wish to gaze upon again.

Upon the track of the rail-road lay the dead bodies of two females, mangled in the most shocking manner; the skull of one of them being completely crushed to atoms, and the feet of the other taken off just above the ankles. The former was killed instantly. The latter lived about fifteen minutes after the accident, perfectly insensible. Brains and gore were trailed along the road for some distance.

We have not been able to learn the particulars, or the names of the unfortunate persons, who were both decently attired. The cars arrived here from Philadelphia at 6 1/2 o'clock this morning, at which time the accident occurred.

We are not prepared at present to state the cause of the accident and it would be unjust for us to throw censure on any one unless we are perfectly satisfied that censure is merited. We will give all the particulars in our next.
Labels: Dauphin County train accidents