A new way to kill babies

"A new way to kill babies", was the chilling description given by a young school boy in Pottsville to a teacher in 1880. The boy's story ultimately led to the arrest of Mary Newman, a teen mother who was charged with infanticide after she admitted to killing her newborn- by playing a warped game of catch, using the infant as the ball. Below is an account of the sickening story, as it appeared in the February 10, 1880 edition of the New Bloomsfield Times. 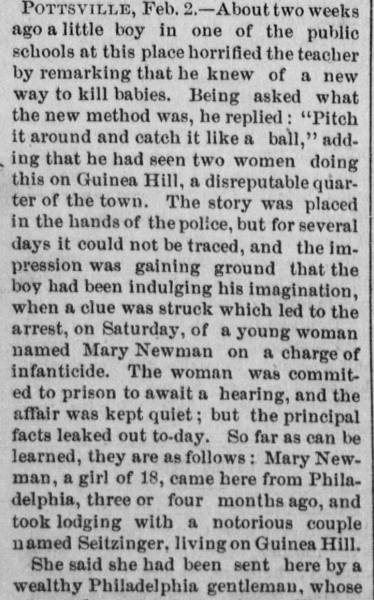 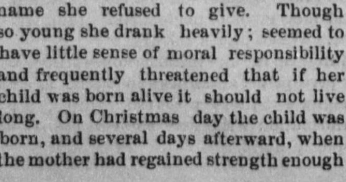 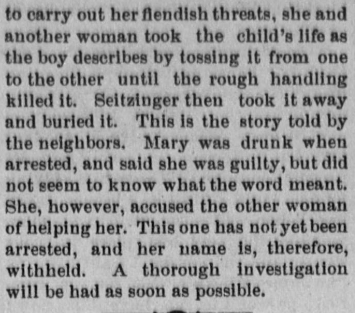