Dead Baby Found in Abandoned Mine 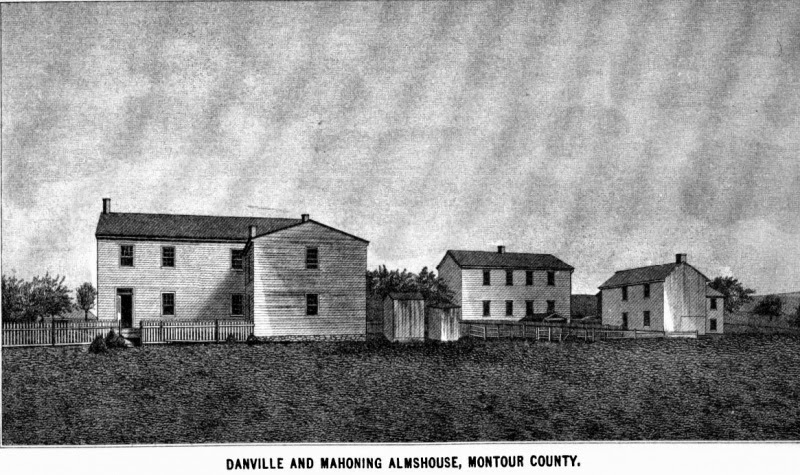 In 1901, two teenagers playing in the woods north of Danville discovered the lifeless body of an infant inside of an abandoned mine. Sadly, the perpetrator of this heinous crime was never caught; as was the custom of the time, the body, after a hasty examination, was buried in an unmarked grave in the "potter's field" adjacent to the county poorhouse (presently the site of Memorial Park across from Woodbine Lane). Today, thanks to the miracles of forensic science and DNA testing, such a crime would rarely go unpunished. Tragically, the mystery of the "babe in the mine" will forever remain unsolved.

Here is the newspaper account of the discovery, as it appeared in the March 28, 1901 edition of the Montour American:

The abandoned mines north of the borough have figures in another tragedy, which bids fair to go on record as another "mystery of the mine". Down in the clammy depths of one of the old slopes Sunday was found the body of a new-born babe. It is an uncanny story unavoidably associated in the mind with some woman's shame, some mother's unnatural act.

John Woods and Benjamin Bookmiller, Jr., each about 14 years of age, while returning over the ridge from Hunter's park Sunday afternoon upon reaching the air hole of the monkey drift near the borough line, out of boyish curiosity stooped down and took a good view of its interior as far as they could see. In the dim light their eyes discerned an object wrapped in heavy paper. They crawled in and partially unwrapping the bundle were amazed to see a baby's hand protruding. Amazement gave way to fright and the boys ran to the home of Benjamin Bookmiller, relating the story to Mrs. Bookmiller. The lady advised the lads to lay the matter before Officer Voris, who lives near.

Officer Voris in turn presented the matter to Justice-of-the-Peace Bare, on whose advice a party consisting of himself, Officer Voris, Poor Director Theodore Hoffman and Dr. George A. Stock, poor physician, with the two boys, Woods and Bookmiller, as guides, were driven out to the mine hole for the purpose of taking possession of the body and making an examination.

The autopsy, conducted by Dr. Stock, revealed that the infant, a female, was of premature birth; that it had lain in the mine for a period of probably two days, not longer. Justice Bare took charge of the body. It was brought along back to town and Monday it was interred in the burying ground connected with the almshouse.
There seems to be no one on whom suspicion falls and the wretched mother who consigned her babe to that lone and unhallowed tomb will in all probability never be known unless overcome by remorse she should be driven to make confession.
Labels: Montour County unsolved murders unsolved mysteries