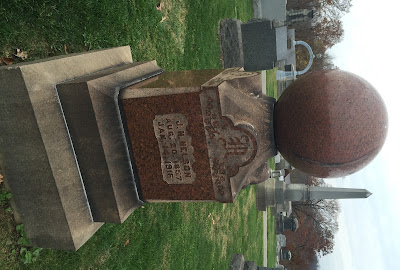 In the Maple Creek Cemetery in Washington County is a reddish granite monument that is said to possess the powers of locomotion. I've heard about this mysterious gravemarker many times, and have seen it mentioned on numerous listings of "haunted" places in Pennsylvania. 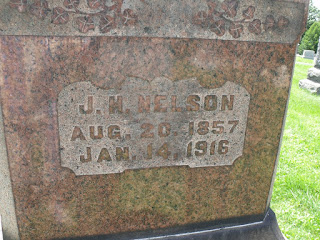 There's just one problem with this legend, however-- people noticed the odd behavior of the granite monument before the man who had it created even died. The following newspaper report, from the August 13, 1913 edition of the Pittsburgh Post-Gazette tells about the tombstone of John Hugh Nelson who, apparently, didn't pass away until 1916.

Interesting side note-- The gravemarker is said to have the ability to rotate by its own power. The photograph of the gravemarker on Findagrave.com is actually right side up. But every time I attempted to upload it onto this blog post, it keeps rotating onto its side! I have no idea if this is purely coincidental, or if the Findagrave user who snapped the original photo (Mike Donaldson) somehow decided to pull off one of the most subtle but brilliant practical jokes of all time! 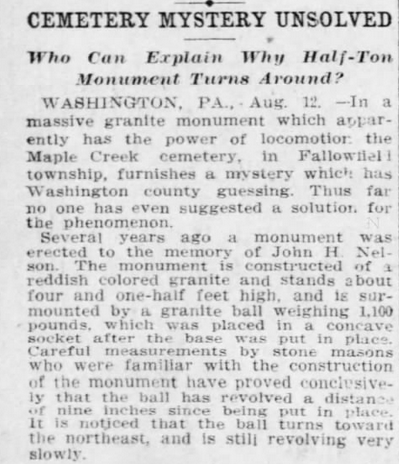