Hard Up For Friendship? 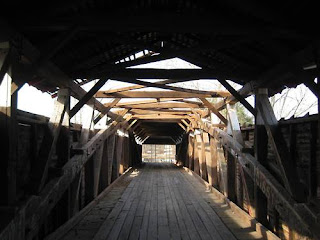 Here's an interesting story about a robbery which appeared in the July 12, 1899, edition of the Juniata Sentinel and Republican:

Postmaster Geo. C. Wagenseller of Selinsgrove was returning home from Shamokin Dam the other night when two highwayment stopped his horse in a covered bridge across Penn's Creek and demanded his money.  He had left his pistol at home so he handed over the $16 he had in his pocket.  He wanted to give them his watch, but they refused to take it.  He invited him to go with him to Selinsgrove and have a drink, but they declined.