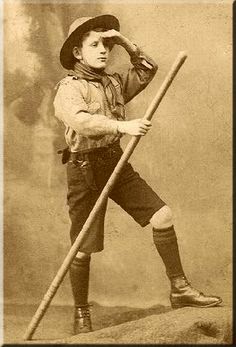 With the recent wave of single-digit temperatures bringing yet another slew of school closings and cancellations across central Pennsylvania, I couldn't help but remember my childhood as a student at a Catholic elementary school, distinctly recalling mornings so cold that the nuns let us wear our winter coats at our desks. Hell, there were some mornings when the classroom was so cold that we could even see our breaths. These days, however, it seems that they just don't make kids as tough as they did when I grew up.

Last year I read an article about a parent somewhere who had sued a school district because they made her kid play outside for recess. Although it was a mild 85 degree day, the parent raised hell, claiming that her poor kid could've suffered a heat stroke. Other recent newspaper articles describe parents filing lawsuits to take games like dodgeball and red rover out of gym class, while others are on a crusade to remove gym class from schools entirely.

Yes, it appears that we have become a nation of wimps.

This point was really driven home when I encountered the following newspaper article, which appeared in the Harrisburg Telegraph on September 6, 1918. The article is the camp diary of a local Boy Scout troop, chronicling their activities during a typical camping trip nearly a century ago. By today's standards, some of these activities would seem harsh-- 20-mile hikes in the mountains and early morning swimming in 40 degree weather, but in 1918, it was nothing more than good, clean, wholesome fun. After reading the "Camp Diary of Troop Twelve", it's easy to see why these children grew up to become "The Greatest Generation", who would not only weather the storm of the Great Depression, but also go on to prove their mettle during World War II. 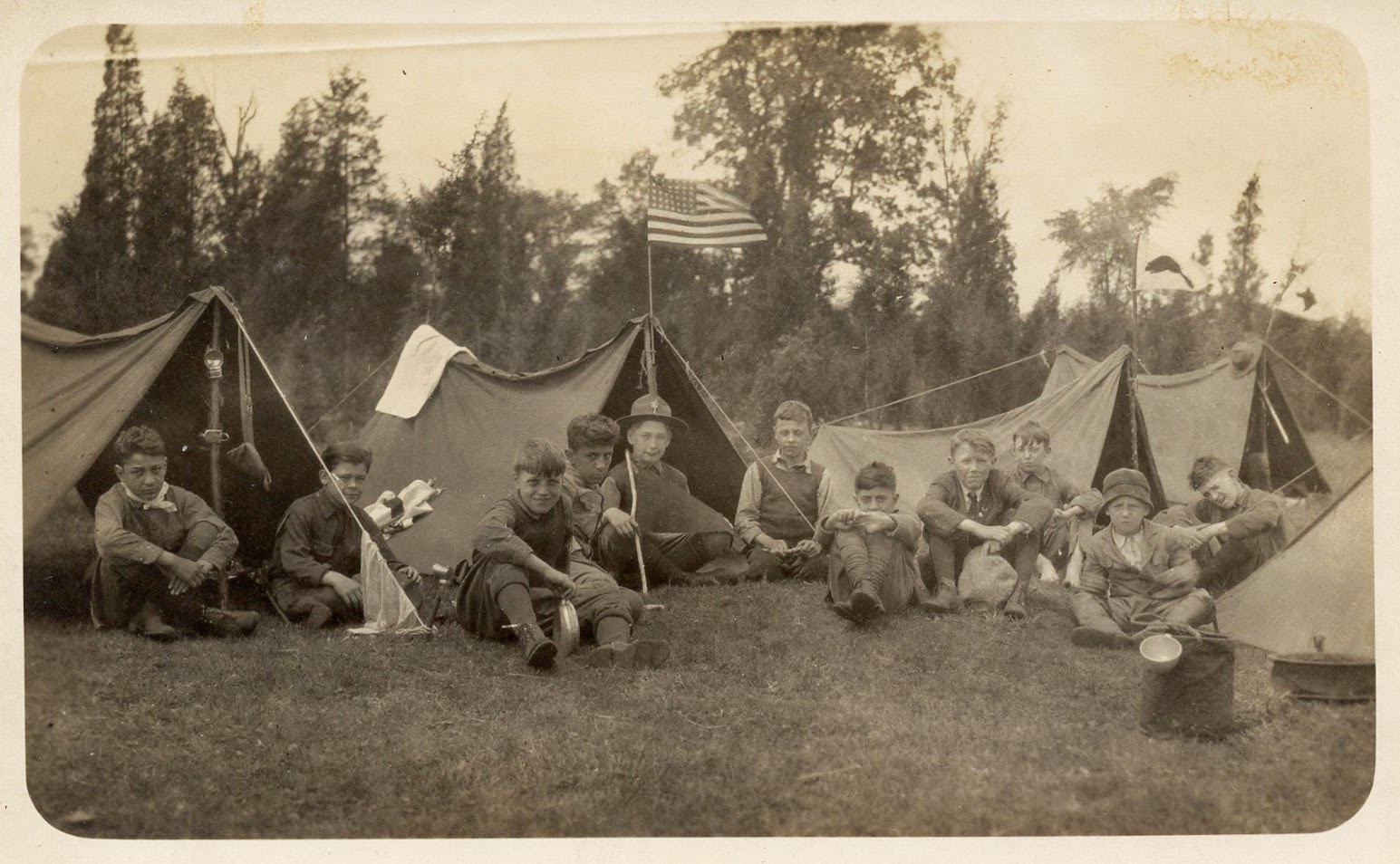 August 24.-- The Scouts of Troop 12, to-day went to camp chaperoned by Messrs. Orr, Mentzer and Runkle. Miss Huber, Mrs. Smith and Mrs. Swanson accompanied the Scouts as cooks and everyone must admit that they were decidedly welcome. At 9 o'clock that night everything had been put in good order, and everyone was tired enough to sleep.

Sunday, August 25.-- Reveille at 6:30. The thermometer at about 40 degrees. Orders were given for a dip in the creek. When the Scouts felt the cold dew on their feet they almost groaned. That certainly did put "pep" into the bunch, Then the best-liked bugle call sounded-- mess. The boys took a short hike through the country to-day visiting farms and exploring. Swimming and letter writing took up most of the afternoon. In the evening a short Sunday school meeting was held and Mr. Kline gave us a talk.

Monday, August 26.-- Another dip in the creek. It was cloudy and unsettled all day to-day, which made fine fishing weather and fifty fish were caught, including rock bass, sunfish and chubs. Troop 12 played Troop 14 a game of baseball in the afternoon, Troop 14 winning. A camp fire was built in the evening and Assistant Scoutmaster Samuel and Mrs. Smith proved themselves first class entertainers.

Tuesday, August 27.-- The Rev. Mr. Herman, of Harrisburg, visited us to see how things were going. We were glad to see him. Eagle Patrol of Troop 12 had a short hike through the fields observing everything that was to be seen. A skeleton of some animal was found in an old well, and a great deal of discussion took place as to whether it was that of a small pig or a mastodon. In the afternoon everyone took a hike to Huston's Mill dam for a fine swim.

Wednesday, August 28.-- It rained steadily and pretty hard, which out a damper on any program planned for that day. Some of the Scouts studied and others wrote letters (to their big sisters). Scoutmaster Orr, of Troop 12, arrived in the evening with Wilbur chocolate bars for the Scouts and peaches for the cooks.

Thursday, August 29.-- The call of reveille brought forth one more sick boy. It was the old story of the green apples. The cooks soon fixed him though. Mr. Orr spent the greater part of the day with us. It was visitor's day and not only parents came but also many friends and good things to eat. Scout Executive Virgin made an official visit in the afternoon and many boys took their tests in swimming. A campfire was built in the evening and we were again entertained by Assistant Soutmaster Samuel's stories.

Friday, August 30.-- Picture taking day. Pictures of individuals, cooks, camp, birds, animals, etc. were taken. A special one of Howard Yeager and "Angel" Bell was taken in a particularly good pose. Troop 12 took a 20 mile hike through the country to the mountains around New Kingston. In the evening a minstrel show was staged by Mr. Samuel. A little comic sketch was framed up by the cooks and they gave a good account of themselves as actresses. Large helpings of ice cream, grape juice, cakes and toasted marshmallows were served. It was a big night, and taps were not sounded until very late.

Saturday, August 31.-- Our going home day. The whole morning was spent in cleaning and packing up. Mr. Orr again provided his motor truck and had our luggage in Harrisburg before noon. In the afternoon the happy Scouts were conveyed to civilization once more.

All that we can say is that we had the time of our lives at Camp Virgin and that we owe a great deal of it to Mrs. Smith, Mrs. Swanson and Miss Huber, and also to Scoutmasters Orr and Haehnlen and Assistant Scoutmasters Samuel, Mentzer and Mr. Runkle. Our camping trip was surely a success and we thank everyone who had anything to do in making it so.-- WILLIAM HAWTHORNE, Scribe.