How many balls can you fit in your mouth? 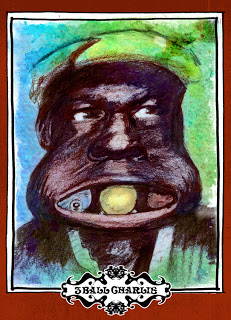 It's amazing the types of stories that were newsworthy in small towns before the age of radio and television.  Take the following article, for instance, which appeared on page five of the Thursday, Oct. 12, 1899 edition of the Bloomsburg Columbian:

A Colored individual, with a mouth resembling a cave, after being twice arrested, once at Catawissa on Saturday and again here in town on Monday for being a public nuisance, was shipped to Danville, last night.  He would have preferred to remain here this week, but our people didn't appear to take very kindly to his unconventional specialty, of storing billiard balls, plates and saucers in his tremendous orifice. 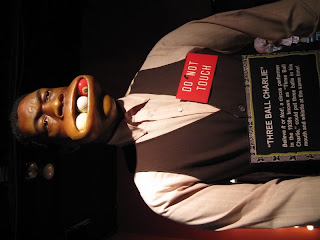 Interestingly, this type of entertainment was rather common during the early 20th century, as evidenced by the above picture.  The man is a famous sideshow performer known as "Three Ball Charlie", who toured with carnivals during the 1930s.

If Three Ball Charlie looks familiar, it's probably because his likeness graced the cover of the Rolling Stones' album, "Exile of Main Street".  A statue of Thee Ball Charlie is also on exhibit at Ripley's museum in Buena Vista, California. 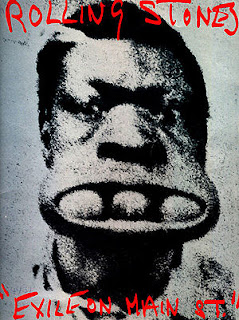 While the Bloomsburg newspaper fails to disclose the name of the "colored individual with a mouth resembling a cave", it's worth mentioning that this unknown fellow perfected his ball-stuffing act a full three decades before Three Ball Charlie became an American sideshow sensation.