The Deadly Umbrella Duel of 1912 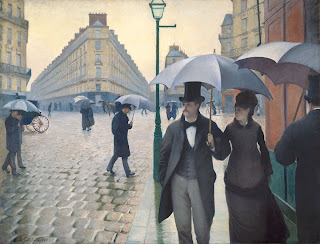 Since time immemorial, duels have been fought with all kinds of weapons, from swords and knives to muskets, revolvers, and... umbrellas.

Yes, that's correct.  Umbrellas.  Worst of all, the two men involved in the duel were religious leaders.  Just read this article, which appeared in the May 21, 1912 edition of the Fulton County News:

Allentown.- Alexander Machibuta lies in the Allentown Hospital in a critical condition from a wound in his lung, inflicted, it is charged, by the steel point of Nicholas Krastischin's umbrella.  Krastischin is locked up pending the result of his alleged victim's injuries, which the surgeons say are fatal.  A Northampton church is divided in two factions, it is said, and the men involved in the affair are looked upon as leaders of the rival divisions.

At the close of the services the men met on the street, each carrying an umbrella, and a quarrel ensued over property rights in the church and on the question of proselytizing.  The men, who are said to have been soldiers, engaged in a duel, using their umbrellas as swords.  After many thrusts were made and parried, Machibuta fell when the point of the umbrella penetrated his right lung.