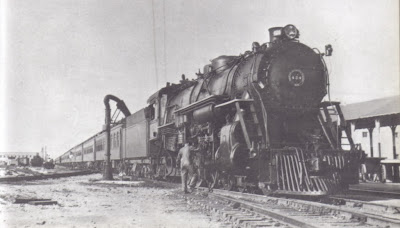 From the June 22, 1910 edition of the Reynoldsville Star:

John Allison, the eight-year-old son of Mr. and Mrs. William Allison, of Punxsutawney, was struck by the B.R.&P. flyer Thursday afternoon and instantly killed.

The youngster with several other little tots were playing along the tracks about the time the train came along and, instead of getting out of the way, they remained on the track as long as possible.  Young Allison overestimated the time he could stay on the track and before he could get away from the oncoming train it struck him and cut the top of his head completely off, death being instantaneous.

A number of people witnessed the accident, which happened at Lindsey, and immediately went to the rescue of the youngster but death had occurred before they reached him.